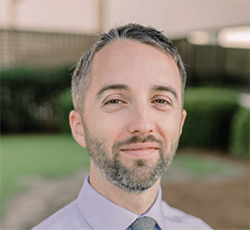 Thomas grew up in a small town in Southern Louisiana. After high school, he served in the United States Air Force for six adventurous years as an F-16 avionics technician. Mr. Achord has studied Economics under the Ludwig von Mises Institute of Auburn Alabama and holds a bachelor’s in History and Philosophy from Louisiana State University. He presently teaches economics, government, and logic for Sequitur Classical Academy in Louisiana, while he finishes up his M.Div. at Southern Seminary. Mr. Achord recently published The Soul and The City: A Reader in Moral and Political Philosophy.